Connecting with an ancient artform 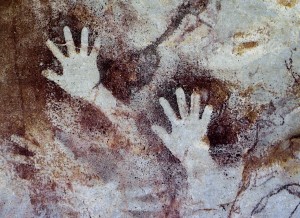 One of the most important unifying threads in art, in any art, is that of connection. It is that momentary removal of time and distance between observer and creator, when they become of one mind. Intent is key here, and the phenomenon applies to even the most abstract work—if the audience can discern the thought that spurred the creativity, then the connection is made.

The question then becomes, how long and across how many cultural barriers can such a connection endure? Art is among humanity’s defining characteristics; it seems to have always been that way, with the imperative for conceptual self-expression being a constant, evidently, right down the millennia. We have glimpses of these expressions, on the walls of caves and in carefully unearthed fragments of pottery, from ancestors about whom we know almost nothing. So in viewing that which they have left for us, can we connect with them?

In some ways—perhaps. The art they’ve 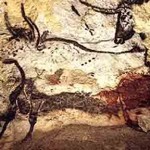 left us is rich in variety, and surely, in talent. But in many cases the common ground is simply lacking for us to make that contextual connection. We can appreciate a cave drawing of the now-extinct aurochs, maybe, but we can never really understand the frame of reference. Is it a hunting fetish, or an affectionate portrait? Did they fear the beast, or adore it?

There is, however, an exceedingly common cave-wall motif that spurs almost spontaneous connection: the hand prints. They’re ubiquitous among prehistoric sites right across the world, and across unimaginable spans of time. They’re instantly familiar—they remind us of what for many of us was our own earliest artistic expression. And throughout the rest of our lives, when we 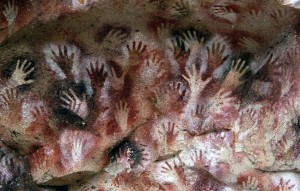 want to leave behind some personal signifier, a permanent wave, as it were, we leave some image of our hands.

Is that what’s going on in the caves? Is that what our ancestors were trying to say?

I threw that question to one of the people most qualified to answer it. Author and TED Senior Fellow Genevieve von Petzinger is a paleoanthropologist specializing in recurring themes in rock art dating from between 10,000 and 40,000 years ago. Her TED Talk, “Why are these 32 symbols found in ancient caves all over Europe?” is one of the most-viewed on TED’s website. And her recent book, “The First Signs: Unlocking the Mysteries of the World’s Oldest Symbols,” was some of the best non-fiction I read last year. (No hyperbole here, I cannot recommend that book highly enough. Read it.) 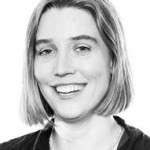 Genevieve is cautious, understandably enough,  about trying to speculate as to the mindset of people who are, by definition, unknowable. But when I asked if we can conjecture that the ancient hand representations were personal declarations, a kind of ancient “Kilroy was here,” she kindly and gamely went out on that limb with me.

“The straightest answer I could give you would be that they seem to have meant different things in different times and places,” she wrote to me. “In South Africa the local rock artists make them on cave walls in places where the membrane between worlds is thought to be especially thin, so in some 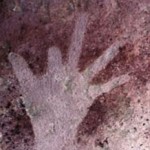 European contexts it’s entirely possible they were also part of some sort of shamanistic ritual. In other places they seem to have been identity marks as you suggested, and the “mutilated hands” (which really were intact hands with different fingers curled under) almost have the look of a hand sign language to them.

“So how’s that for three different possibilities right there?”

Genevieve told me of sites that include the hands of children as well as male and female adults, suggesting that leaving these marks held deep significance for entire groups. She also posited that in some places and times they might have been ownership marks, staking claims to not just the caves but the entire surrounding territories.

The interesting thing, to me, is that all of these possibilities ring both true and familiar. They are motives we can understand, even identify with. It’s true that we’ll never know with a degree of certainty which ancient artist left his hand-mark for which particular reason. But it’s likewise true that I can’t be certain of what drove Van Gogh. I think I know, and that seems to be enough for his art to connect with me. In the same way, I think I understand why, 32,500 years ago someone stood by flickering torchlight, placed their hand as a stencil on a cool rock wall, and spat pigment all around it. I think I understand what drives that act of creation.

And this melts away the eons. The connection is made. 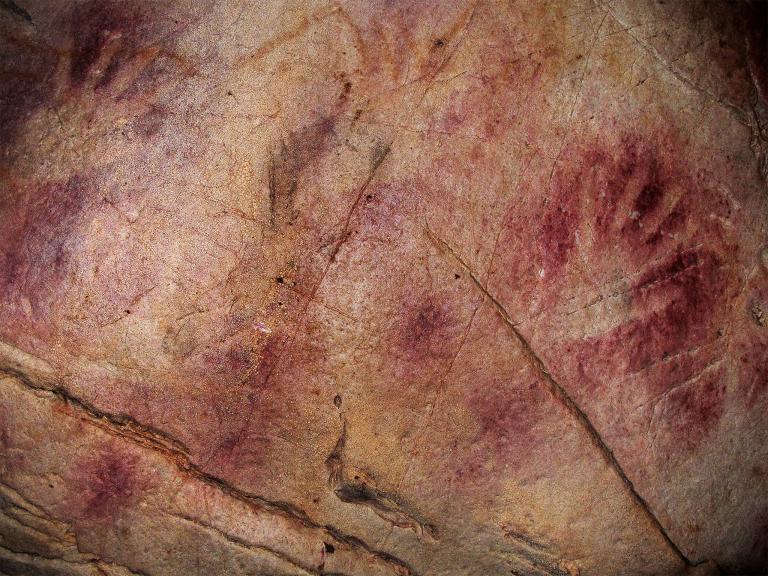 Doesn't know much about culture, but knows when it's going to hell in a handbasket.
View all posts by editor, facilitator, decider →
This entry was posted in New Post and tagged Art, Art history, cave art, cave paintings, culture, Genevieve von Petzinger, TEDTalks, Vincent Van Gogh. Bookmark the permalink.