We don’t care if John Travolta is gay 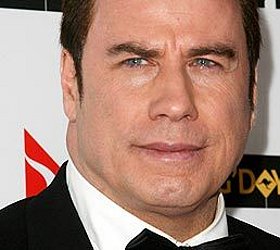 There’s a sudden drumbeat, it seems, to out John Travolta as gay, promiscuous, even frighteningly aggressive when on the prowl. Although rumors about Travolta’s sexuality aren’t new–they go back decades, in fact–a strange new emphasis on the subject has appeared within the last two months. It makes one wonder if there’s not some kind of orchestrated campaign behind it.

It started earlier this spring with a lawsuit filed by an unnamed masseur, accusing Travolta of sexual battery and harassment. The suit is remarkable for a couple reasons; first is its ‘he said/he said’ nature, and apparent lack of substantiation, which would seem to make its chances of success rather doubtful.

Equally suspicious is its lurid details, which we won’t go into here but can be viewed in entirety in this .pdf. The narrative of the suit reads less like a legal document, and more like an attempt at blackmail – or at least public humiliation.

From there, the drumbeat has only continued, with more accusations, more public browbeating. The latest bombshell dropped late this week, with a story of a 6-year relationship between Travolta and his personal pilot.

So how should we react to this? As for Travolta’s sexuality, I’d echo Hollywood’s long collective yawn on the subject, as voiced by Carrie Fisher back in 2010: “We don’t really care if John Travolta is gay.” Indeed, there’s no better industry for a gay man to 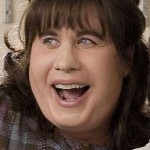 work in, no better region for him to live in. Whatever lifestyle Travolta wants to live, whether out of the closet or in, Hollywood is the perfect place for it.

And let’s emphasize the point that the choice about being in the closet or out should be Travolta’s alone. Outing prominent gay men has become a sport–a bloodsport, really. It shouldn’t be that way. If the struggle for LGBT rights is a civil-rights issue (and it most certainly is) then it should be incumbent on every individual to decide for himself or herself how to assert those rights. John Travolta alone should be the one to decide whether and how his sexuality becomes public.

Of course, these arguments become null and void if Travolta has indeed committed sexual battery, and if his family is hurt by his indiscretions.

His relationship with his wife and family are equally private, and we’ll respect that here. One can only hope for happiness, contentment, and some kind of resolution, for all of them.

As for the lawsuit and for Travolta’s supposed victims, we’ll likely never know the full truth of it. If the accusations are even partially correct then they’re owed recompense and an apology. That’s between them and Travolta, and between Travolta and his conscience.

But clearly, I have my doubts. Why? Maybe it’s because I’ve been a fan of his since the 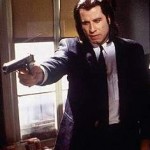 Kotter days, and because his performance in Pulp Fiction still blows my mind.

I’d like to think, though, that I’ve fairly evaluated that which has become public, as outlined above, and reached a sad but logical conclusion: someone is trying to destroy John Travolta.

Who? Why? Maybe John Travolta knows. All I can do is speculate, which really only means perpetuating crazy-sounding conspiracy theories.

John Travolta is a well-known member of a controversial religion, which I won’t name here (because that religion has a track-record of attacking critics, and I’m far from anonymous). It has a checkered history of homophobia, and there are rumors it uses blackmail to control closeted members.

So is John Travolta being attacked, publicly if surreptitiously, by his own church? We can’t say; we can only posit the question.

All we can do is offer this message for John Travolta, and hope he somehow hears it: You’re a talented actor and we love your work. And we don’t care if you’re gay.

Doesn't know much about culture, but knows when it's going to hell in a handbasket.
View all posts by editor, facilitator, decider →
This entry was posted in New Post and tagged https://www.creditcards.com/credit-card-news/lgbt-personal-finance-guide.php, John Travolta. Bookmark the permalink.