A couple of notable literary miscarriages are up for our review and head-shaking this week. First on deck, Fareed Zakaria, CNN pundit, Time Magazine editor and author of the massively influential 2008 book, The Post 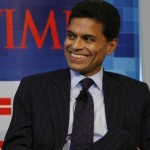 American World, admitted to plagiarizing parts of an article on gun control by Jill Lepore which appeared in the New Yorker in April. Zakaria came clean, more or less, admitting to “close similarities” and “a terrible mistake” after being fingered by the conservative media watchdog, NewsBusters. Zakaria has since been suspended by both Time and CNN.

What is notable is Zakaria’s obvious attempt to skirt conspicuous plagiarism, by altering just enough of Lepore’s prose, and by interspersing bits of his own prose. As reported by the Huffington Post, here is first one of Lepore’s paragraphs, followed by Zakaria’s:

(Lepore) As Adam Winkler, a constitutional-law scholar at U.C.L.A., demonstrates in a remarkably nuanced new book, “Gunfight: The Battle Over the Right to Bear Arms in America,” firearms have been regulated in the United States from the start. Laws banning the carrying of concealed weapons were passed in Kentucky and Louisiana in 1813, and other states soon followed: Indiana (1820), Tennessee and Virginia (1838), Alabama (1839), and Ohio (1859). Similar laws were passed in Texas, Florida, and Oklahoma. As the governor of Texas explained in 1893, the “mission of the concealed deadly weapon is murder. To check it is the duty of every self-respecting, law-abiding man.”

(Zakaria) Adam Winkler, a professor of constitutional law at UCLA, documents the actual history in Gunfight: The Battle over the Right to Bear Arms in America. Guns were regulated in the U.S. from the earliest years of the Republic. Laws that banned the carrying of concealed weapons were passed in Kentucky and Louisiana in 1813. Other states soon followed: Indiana in 1820, Tennessee and Virginia in 1838, Alabama in 1839 and Ohio in 1859. Similar laws were passed in Texas, Florida and Oklahoma. As the governor of Texas (Texas!) explained in 1893, the “mission of the concealed deadly weapon is murder. To check it is the duty of every self-respecting, law-abiding man.”

Unlike other high-profile plagiarism cases, this one reflects more of an unattributed borrowing of ideas, rather than out-right theft of blocks of text. Still, it’s a powerful reminder to students, bloggers, and struggling writers everywhere: rephrasing is not the same as originality.

Next up is David Barton, evangelical writer and author of the controversial (even in pre-publication) book, “The Jefferson Lies,” which was dropped by its publisher last week due to historical inaccuracies. The book, 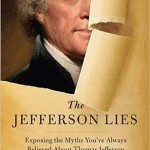 subtitled “Exposing the Myths You’ve Always Believed About Thomas Jefferson,” has been fiercely contested by both historians and left-leaning critics since its earliest excerpts were released, but it was only after complaints from conservative scholars, and threats of a boycott from Cincinnati-area clergy, that Thomas Nelson Publishers agreed to cancel further production.

Barton is reportedly standing by his work, but he’s hard-pressed to produce research backing his most eye-raising claims, such as that the only reason Thomas Jefferson kept slaves was that he was forbidden by Virginia law from releasing them. Barton was attempting in his book to combat oft-repeated liberal claims that Jefferson was a secularist, with at best lukewarm devotion to the Christian church. Barton went so far as to deny that Jefferson fathered children with his slave, Sally Hemings. The Jefferson-Hemings relationship, which was rumored even in Jefferson’s time, has been substantiated by DNA testing and is even accepted as fact by the Thomas Jefferson Foundation. Since 2003, descendants of Sally Hemings have been invited to the annual Jefferson family reunion at Monticello.

Clearly, the facts don’t support Barton’s agenda. Another lesson learned here? Perhaps this: there’s nothing wrong, or at least nothing unusual, with writers having an agenda, be they social or political. My own first novel sported some not-so-subtle subtexts about peak-oil and a right-wing conspiracy. Whether or not such agendas are acceptable is entirely up to the reading public, who vote with their dollars.

What’s not acceptable, or at least shouldn’t be, is making up facts to fit that agenda. There’s way too much of that in our discourse, written and otherwise, and too often it goes unpunished. Kudos, then, to Barton’s publishers for drawing the line.

So writers take note – you’re acting upon a mighty public stage, and when you plagiarize or lie, you will be found out. And then folks like me will take probably too much joy in holding you up for the scorn you richly deserve.