Les Mis will unman us all 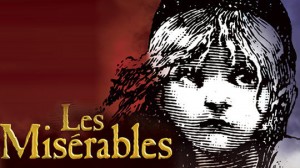 I dreamed a dream where I could go to the movies without publicly embarrassing myself. I’m a highly empathetic person, you see. When I see pain, I feel pain. And although I’m thoroughly masculine—truly as masculine as masculine can be—my runaway empathy often unhinges my emotions. That’s why I fear I can’t go see the new film version of Les Misérables.

Lucky for me, I’ve had advance notice. In the last twelve hours, I’ve heard from two well-known personalities, both of the male persuasion, both of whom unashamedly copped to blubbering out loud in the movie theater, as Jean Valjean, Fantine, Inspector Javert, and damned near everyone else, meets their doom. 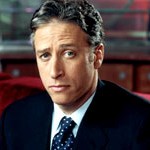 The first was Jon Stewart, who interviewed Anne Hathaway (“Fantine”), and admitted that the movie moved him to tears. Then this morning, I read Washington Post columnist and former GOP speechwriter Michael Gerson, who apparently broke down at a Les Mis showing on Christmas day. He asserts that 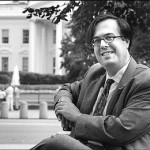 his teenage sons will probably never go to the movies with him again.

These men, of course, aren’t exactly linebackers or lumberjacks, but they’re hardly foppish dandies, given to public displays of emotion. I can only assume that Victor Hugo’s story, first published in 1862, has only become more (no other word for it) Miserable in this musical/film iteration.

All the reviews I’ve seen are glowing. I’ve heard and read several enthusiastic recommendations. There is talk of Oscar. All signs point to this being a truly remarkable film.

But I just can’t take the chance. Can’t risk becoming a blubbering spectacle for the amusement of strangers. My wife asked me this morning why I don’t just read the book. Not a bad idea; like most artifacts of classic literature, this one’s on my gonna-read-someday list anyhow. But then again, at least as far as the classics list goes, I’ve been reading a lot of Hemingway and Shakespeare lately. That means I’ve been reading of far too many tragic, heroic characters dying miserably. Do I really want more of that?

I love culture and the classics. But for the sake of my own brittle emotions, I think I’ll immerse myself exclusively in the funny pages, at least until I get control of myself.

Doesn't know much about culture, but knows when it's going to hell in a handbasket.
View all posts by editor, facilitator, decider →
This entry was posted in New Post and tagged Anne Hathaway, culture, film, hemingway, jon stewart, Les Misérables, literature, Michael Gerson, Shakespeare, Victor Hugo, what is culture?. Bookmark the permalink.