I culture you: The Netflix Files 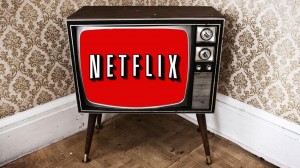 I am a recent convert to the Netflix experience. And as you probably know, there are no more fervent evangelists than the converts.

Not to put too fine a point on it, but streaming entertainment content is what I’ve been waiting for lo these many years. It’s the culmination of a journey I set out on when I first laid eyes on a Betamax. Now that we have streaming content, and big, fat Interweb tubes in which to carry it, the long-ago promise has been fulfilled: movies, TV shows, comedy, documentaries, and music—on demand and at our fingertips.

But that fulfillment carries its own burden, the 21st-century affliction: information overload. How, exactly, do you choose the best of each genre, when the choices are so vast?

Fear not. I’ve done the heavy lifting for you. Curated below are the Netflix selections from each category that you must see, carefully and lovingly identified by me, based on my many dedicated decades as a pop-culture fetishist.

I can’t imagine you’ll disagree with my choices, but if for any reason you do, chime in with a comment and offer up your own. Until then, check out…

THE Movie: The Agony and the Ecstasy (1965). Talked about some inspired casting. Charlton Heston plays 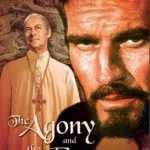 Michelangelo and Rex Harrison is Pope Julius II in this story of the creation of the Sistine Chapel’s ceiling. Strange fare for a drama, you might think (especially one that clocks in at nearly 2-1/2 hours), but it not only works, it works marvelously. Heston’s Michelangelo alternatively clashes and collaborates with Harrison’s Pope Julius to create a timeless work of art. Here’s a bit of a spoiler: perhaps the most satisfying scene of the film is the final one, when the first mass is held in the newly completed Sistine. Everyone in attendance, from pope to pauper, spends the entire mass staring upward in awe. No doubt, that’s exactly what really happened. 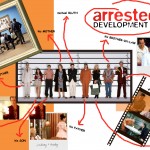 has rendered an invaluable service to mankind with this. When Fox cancelled the critically acclaimed (but anemic in the ratings) saga of the dysfunctional Bluth family, the howling began. The howling went on unabated for seven years, until 15 new episodes produced by Netflix were released at midnight on May 26th of this year. Reactions have been a bit mixed, as the format of the show has changed somewhat (which was a necessity; the mega-talented ensemble cast has moved on, and were forced into separate shooting schedules due to conflicting obligations). I say, stop your howling and watch the show. It’s changed a bit, but it’s still Arrested Development. With this one, Netflix has proven what we’ve suspected for years: there’s always money in the banana stand.

THE Comedy: Cheech & Chong’s Hey Watch This (2010). The bong brothers have returned. One of the most 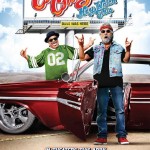 seriously funny comedy duos of the seventies and eighties reunite for stand-up and skits, heavily reminiscent of their act from bygone days, but updated and still somehow fresh. Yes, they’re quite a bit older now (Tommy Chong can now play his Bitter Old Man character pretty handily, without makeup), but that’s okay because their fanbase is older too. Mostly, it’s just awesome to see these two back together again, and you can tell from their on-stage chemistry that they think it’s awesome too.

THE Documentary: Shut Up Little Man! (2011). This one tells a fascinating, 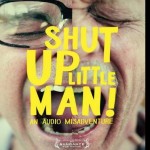 ongoing story that started in 1987, when a couple twenty-somethings began recording the epic fights of their drunken, much older neighbors. The sheer dissociative, unreal nature of their rants (the titular “Shut up, little man!” was the favored retort of one of the combatants. Other one-off gems include “When you wanna talk to me, you can shut your fuckin mouth!”) guaranteed that the tapes were shared and shared again, becoming what may have been the world’s first viral pop-culture phenom. The doc follows the story into the present day, where movie projects, battles over copyright, and plain old fashioned greed have tarnished what was once an innocent, if surreptitious, experiment in audio verite. 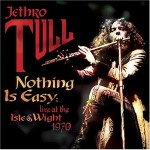 wider world of cinema, there’s no shortage of concert films or movies produced and created by musical artists, but you wouldn’t know that from Netflix’s offerings. I was aghast when I found that Pink Floyd’s The Wall wasn’t available. Ditto when I found that Led Zeppelin’s The Song Remains The Same was lacking. Fortunately, I found this gem–a retrospective of Jethro Tull’s performance at the final day of the 1970 Isle of Wight Music Festival, interspersed with contemporary commentary from Ian Anderson and the boys. Great stuff, and not to be missed, both for Tull fans like myself, or anyone interested in what Anderson alludes to as the last gasps of the hippie movement.

Doesn't know much about culture, but knows when it's going to hell in a handbasket.
View all posts by editor, facilitator, decider →
This entry was posted in New Post and tagged Arrested Development, Charlton Heston, Cheech & Chong's Hey Watch This, comedy, documentary, I culture you, Ian Anderson, Jethro Tull: Nothing is Easy, movies, music, Netflix, Rex Harrison, Shut Up Little Man!, The Agony and the Ecstacy, Tommy Chong, TV, what is culture?. Bookmark the permalink.